Heat Felts protect the critical surface finishes of aluminum profiles after extrusion. They were originally designed as a replacement for graphite. The heat felt products include rollers, pads, belts and spacer sleeves in a variety of engineered felt materials including Kevlar, Nomex and PBO. 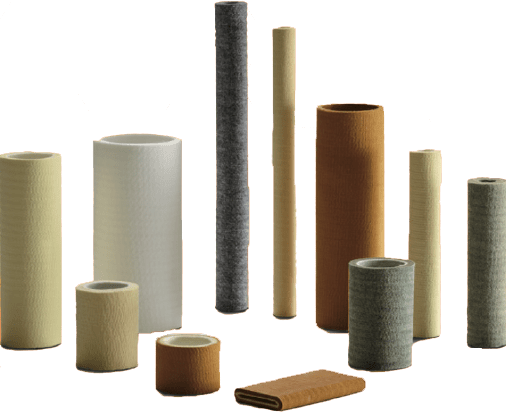 “Handle with care” is a particularly relevant caution for light metal extruders, since scrap loss due to damage to the product after it leaves the die is an avoidable cost that extruders need no longer accept. Refractory felt roller covers, pads and belts specifically developed for aluminum extruders feature quality, strength, and durability never before achieved on the runout. Heat felts are a proven investment in both quality and productivity with a worthwhile return. They are an investment that is now very affordable. THE ADVANTAGES OF FELT

Felt is formed by matting or pressing fibres randomly together. Its extraordinary strength comes from the essential cohesion of the fibres themselves, rather than from weaving them in only two directions. The self-healing property of felt considerably extends its useful life. The weakness of a woven fabric, for example, is that if a thread breaks, the fabric will usually begin to disintegrate from that point. A small cut in felt, however is soon integrated into the felt surface.

Several types of specially selected fibres are combined in refractory felts in order to maximize their tensile strength, durability, and resistance to heat, while remaining soft enough to avoid damage to even mirror-finish extrusions. 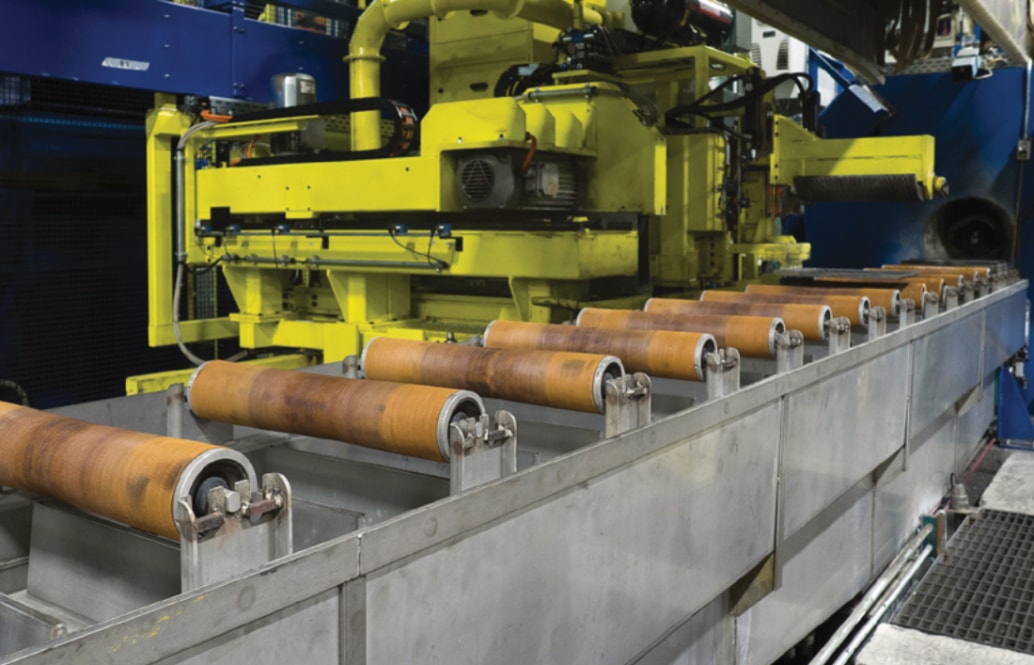 Graphite has traditionally been used on extrusion runout tables primarily because of its heat and abrasion resistance. It has, however, almost no impact absorbency. This often results in damage to the finished product.

Graphite was thought to be the only product able to withstand the high temperatures of the extrusion immediately after leaving the die. A new hightech fibre, PBO, is now used in Zylon refractory felts which combines extreme temperature resistance with impact absorbency and durability. PBO has the highest cross-sectional strength of all currently known synthetic fibres.

Graphite can now be completely eliminated from the extrusion handling system

AN INVESTMENT IN QUALITY

Refractory felts for pads, rollers and belts, are becoming the standard in the extrusion industry against which other products are measured. They are an investment in quality and productivity with a worthwhile return guaranteed.

With the Heat Felts, Castool again sets a new standard of excellence in the extrusion industry.

Results may vary depending on individual press characteristics and setup.